Posted by info@restoreninevehnow.org on Oct 29, 2014 in The Coalition | 1 comment 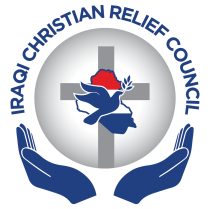 Restore Nineveh Now is a project headed up by the American Mesopotamian Organization. It is also supported by a number of groups which understand that the long term solution to the attacks against Assyrians, Yezidis and other religious minorities in northern Iraq is the self-governing Nineveh Plain Province. Current coalition partners include:

American Mesopotamian Organization: A a grassroots/ Political Action Committee founded to influence and guide U.S. policy on matters of interest to the Assyrian American community and to help elect candidates, regardless of their political party affiliation to all levels of government (local, state and Federal) that will support the Assyrian nation in its struggle to attain its cultural and political rights on its ancestral lands.

Seyfo Center: A non-political, non-sectarian organization, the Sefyo Center is devoted to the research and documentation of contemporary issues related to the history, politics, society, and culture of Assyrian around the world.