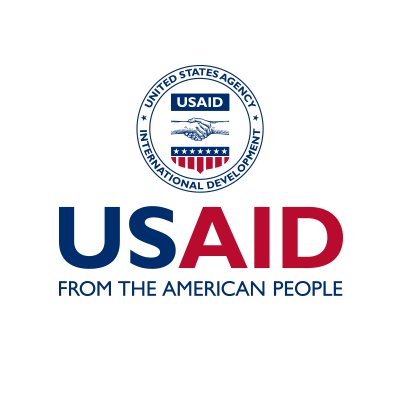 In 2016, the Obama administration recognized ISIS atrocities against ethnic and religious minorities in Iraq and Syria as a Genocide. Unfortunately, nothing of significance changed in US policy towards these minorities and the victims continued to suffer and anguish. Not only nothing changed on the ground as far as the overall condition of these minorities was concerned; but they continued to suffer from methodical discrimination by international agencies such as the UNDP, US State department, the Baghdad government as well as the Kurdish regional government.

In November 2016, just before the US presidential election, our foundation engaged an advocacy group in DC, with the purpose of advocating for a change in US policy towards victims of the genocide. The advocacy group was led by a former senior State Department official who was aware of the plight of the Assyrians and Yezidis and the overall situation in Iraq and who also had access to high ranking US officials, in the State Department, the US Congress and the new incoming Trump administration. At the same time, he was well connected to Iraqi government officials, which we considered to be critical for the success of the initiative since USAID and the State Department had previously insisted on working through Baghdad government channels.

In February 2017 the Restore Nineveh Now Foundation (RNNF) proposed an eight-point action plan to senior advisers to the Trump administration where we requested that direct aid be given to secular and faith based organizations that have been doing most of the heavy lifting in elevating the suffering of tens of thousands of displaced Assyrians, Yezidis and Turkmens families. Please click on link below to read our press release:

In the same month our President, Mr. David William Lazar met with his excellency Dr. Fareed Yasseen, Iraq’s ambassador to the United States in D.C. to deliver a letter to his excellency, Dr. Haidar Al-Abadi, Prime minister of Iraq on the same subject. Please click on the link below to read our press release:

RNNF representatives in DC worked with U.S. Senators Marco Rubio (R-FL), James Lankford (R-OK), Ben Sasse (R-NE), and John Cornyn (R-TX) to write Secretary of State Rex Tillerson, urging him to release urgently needed funds that were promised by former Secretary John Kerry for the relief of ethnic and religious minorities of Northern Iraq. Please click on the link below to read the content of the letter to Secretary Tillerson:

In his telephone conversation with Dr. Steiger, Chief Operating Officer of US Agency for International Development (USAID) our President, Mr. David William Lazar, explained in detail that Assyrians, Yezidis and other ethno-religious minorities have received very small percentage of the aid earmarked for them. This was due to policies of discrimination against these minorities by our own Department of State (Obama administration) as well as by the UNDP in addition to high levels of corruption in the Kurdish regional government and that the best approach would be to work directly with faith based and secular NGO already on the ground in Northern Iraq.

In early December 2017, USAID distributed $6M USD to three NGO, each one of them receiving $2M and they are:

As the most recent statement from USAID indicates there are currently $55M USD earmarked for direct aid to the victims of ISIS genocide in the Ninewa Province. We will monitor how these funds are dispersed and we will be reporting to USAID officials any abuses or corruption that we and our partners on the ground in Iraq come across.

In conclusion, we consider this to be a great victory for our nation as well as for our supporters who stood with us and believed in the work of the Restore Nineveh Now Foundation. We were able to change US policy with cooperation of many individuals and organization. We feel that our work has just begun because we must make sure these funds will reach their intended recipients and at the same time we want to build on this success. We also want to say thank you to several individuals and organizations that together have worked on this matter for many months.

Dr. Fareed Yaseen- Republic of Iraq Ambassador to the USA

Aid to the Church in need